The ToiBox of Serials 1: Heart of the Golden Stag 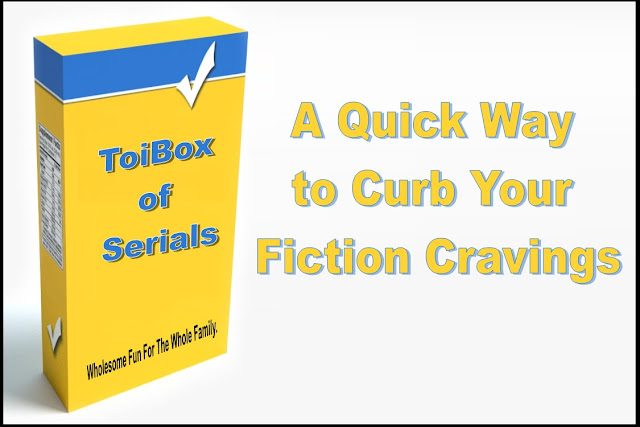 Over on my personal blog, The ToiBox of Words, I’ve experimented with short fiction quite a bit. I’ve entered many blog writing contests and sometimes, just played around with it. In most cases, I’ve found myself expanding the stories I started on my blog and turning them into something more. All the stories in this series will be a product of what I started on my blog and then later added to in private. I will be sharing these stories in parts and encourage readers to leave positive or critical feedback (rude comments will be deleted). Perhaps, one day I’ll publish another personal anthology with these. Enjoy.

Side note: This story has never actually appeared on the ToiBox blog but was derived from a contest I entered and did not win. Still, the submission process was a good learning experience for me. This story is a retelling/reimagining with a twist. 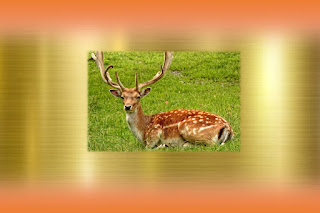 Heart of the Golden Stag, part 1
Rosy morning light shone down and warmed the dark olive flesh of a thin arm before it retreated beneath a blanket of golden hair. Shimmering in the pink light, the hair rippled as the body beneath wiggled and stretched awake. Soon, Aaron sat up with a wide yawn as he craned his neck to turn away, shielding his eyes from the glare. With a short sigh, Aaron flipped the long strands of hair over his shoulders before heading toward the washbasin.

After washing and dressing, Aaron tip-toed around the confined quarters of his room, in the convent’s tower, to seek out his most prized, and secret, treasure. Wrapped tightly with blankets, Aaron pulled the bundle from underneath his bed and quietly revealed the cold and clear metallic glint of the looking glass.

Staring at the feminine reflection before him, Aaron scrunched his nose before pulling his golden locks away from his shoulders to expose the boy disguised within. Aaron recalled the day the nuns first told him why he had to grow his hair long and wear girl’s clothing. Sister Norman sat the young Aaron in the middle of an expansive ivory hide and told him the story of his birth.

It was the first night of the Twilight Moon, a full fall moon that rises in the East just as the sun is setting in the West, causing the sky to turn violet and allowing both the sun and moon to shine in unison for one enchanted hour. The Ivory Doe, the goddess of the North Woods, burst through the forest into our garden and pleaded with its eyes for us to conceal it. In the distance, the horns and treads of hunters could be heard and felt as they drew near. We hurried the large creature into our shed and then spread our numbers in all directions to throw-off the hunters’ tracking dogs. I alone remained; I was there when the Ivory Doe gave birth to her son, a golden fawn unlike any I’d ever seen.

The mother stared into my eyes and called me forward. I placed my hand upon her antlers as her son fed at her teat. Mentally, she conveyed her story. Chased for months by the hunters seeking her magic. Being with child, she conserved her magic instead of using it to dispel the hunters. As her life began to reach its end, she wanted to make sure that her son would live. She impressed upon me that until her child reached full maturity, he was at risk of having his magic stolen. Should he live to see that day, he would become invulnerable and powerful. If he should find a human worthy of his love, he would grant them a great blessing. With her last pained breath, the Ivory Doe enveloped her fawn in white light and then faded away, leaving behind an infant boy, wrapped in her preserved hide.

Hearing his name being called from elsewhere in the convent, Aaron quickly concealed his mirror and rushed off to assist the sisters. All these years, they had been so good to him, helping him to remain hidden and teaching him what they could of the Ivory Does. As Aaron’s eighteenth birthday drew near, his toes and fingers constantly tingled with anticipation as magic pulsed through his body. Aaron longed to love the nuns as they loved him, but their shelter had confined him and suppressed the transformation he yearned for.

To be continued...
Heart of the Golden Stag 2018 Copyright © Toinette J. Thomas


Find out more about me, my work, and my inspiration at the following links: