While many science fiction writers' works were published in the pulp magazines of the early twentieth century, Pauline Hopkins' (1859–1930) novels were first published as serials in The Colored American Magazine.

As a member of the middle class Black community in Boston, her family encouraged her creative efforts. Her essay “Evils of Intemperance and Their Remedy" won first prize in the 1874 contest held by the Congressional Publishing Society of Boston. After completing her education at Girls High School, Hopkins worked and performed as a dramatist, actor and singer. She performed in "Pauline Western, the Belle of Saratoga" in 1877, followed by several other plays that were well received by critics. She penned "Slaves’ Escape; or, The Underground Railroad" (later known as "Peculiar Sam; or, The Underground Railroad"), a musical play performed in 1880.

As the new century began, Hopkins focused on literary work. She published the first known African-American mystery, the short story "Talma Gorden," in 1900, followed by her first novel Contending Forces: A Romance Illustrative of Negro Life North and South in the same year. 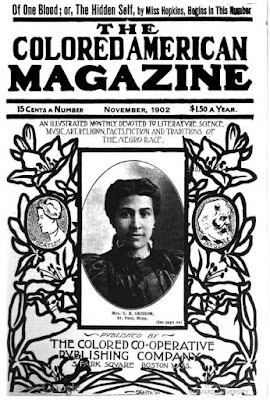 Hopkins became a member of the board of directors as well as a shareholder of The Colored American Magazine. She also edited the magazine between 1902 and 1904. It was during this time that she published her fourth and last novel Of One Blood (1902) in serialized form.

Of One Blood explored the relationships of Reul Briggs, who passed into white society and attended a Boston medical school, his wife Dianthe who was also fair and could pass for white, and Reul's friend Aubrey. Due to Aubrey's manipulation, Reul set out on an archaeological expedition to Ethiopia. At this point, the tale turned into a lost world story. Unlike other lost world stories, the hidden kingdom's inhabitants were African and proud of their heritage.

Hopkin's work was revolutionary for the era as well as dangerous for a Black woman. She wrote numerous articles focused on racial issues.

Sadly, Hopkins was removed as the magazine's editor in 1904. Letters discovered in the Pauline Hopkins Collection in 1996 revealed that Hopkins believed that she was forced out due to her sex and outspoken views on racial matters by white investor John C. Freund and the magazine's new owner, Booker T. Washington. The magazine folded in 1909. 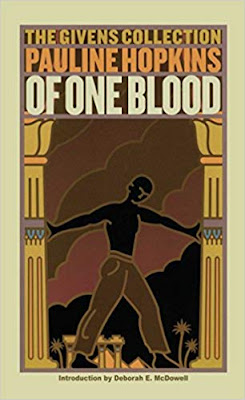 After losing her editorial position, Hopkins worked as a stenographer at the Massachusetts Institute of Technology. She died in 1930 of burns after a house fire.

Many thanks to The State of Black Science Fiction member Floyd Webb who brought this wonderful author to my attention via the Facebook group.

Visit us and take a guess as to when we will pass 200000 views and win a prize for the closest guess.
Guess the date correctly and win a $50 gift card 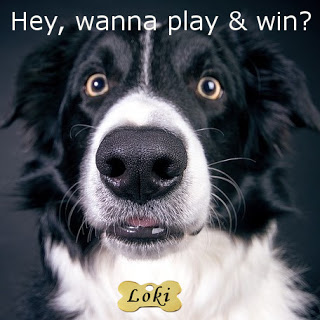 Loki, our mascot, is very eager to see people entering the guessing game because every time a new person follows our blog, he gets a super-tasty treat.

The Author Gang formed a year ago and our mission is to support Indie authors and each other. We post something interesting, useful or fun every day, and we have guest authors on weekends.

This poll will be open until August 15 and we will announce the winner when the blog reaches 200,000 views

Ruth from #OurAuthorGang introduces us to Pauline Hopkins...

How sad that she was forced out of her position and was unable to do what she loved.

What an amazing story. Thank you for introducing me to Pauline Hopkins, Ruth.
+
1
2
1
·
Reply

Great post Ruth! Being an African American and a woman in the early 1900s, her work was revolutionary
+
2
3
2
·
Reply

Today on #OurAuthorGang, Ruth de Jauregui introduces us to Pauline Hopkins (1859-1930), a science fiction author whose works were first published as serials in The Colored American Magazine.
+
5
6
5
·
Reply

Incredible contribution to the blog, Ruth. I've never heard of Pauline, and I'm sure a lot of other people haven't, either.
+
3
4
3
·
Reply

Ruth de Jauregui
6 months ago
+
1
2
1
Honestly, Floyd posted about her just as I was thinking, "who should I write about this week." Great timing! She was an amazing writer!!

My contribution to our blog today -- Pauline Hopkins, who penned an early science fiction novel that was serialized in The Colored American Magazine in 1902.
+
3
4
3
·
Reply

What a great post Ruth! Thanks so much for introducing me to this author.
+
3
4
3
·
Reply

It's great to learn more about strong women. She was truly a trailblazer in her time.Awesome post here!
+
3
4
3
·
Reply

Great story about a wonderful woman, Ruth. Pauline Hopkins should be remembered for her books and raising awareness about racism.
+
3
4
3
·
Reply