Inspired by comic books, part 4, the finale by Toi Thomas 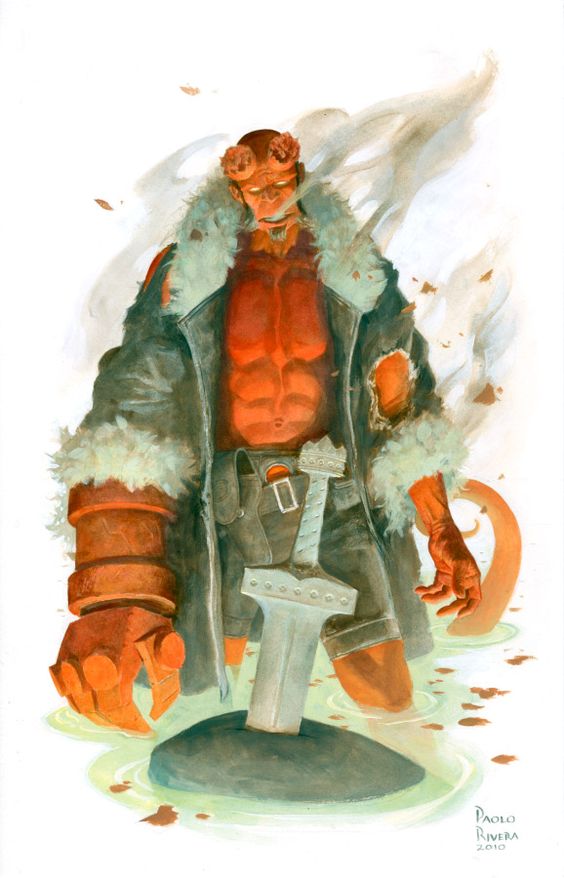 I’m so thrilled to share with you the fourth, and final, installment of my “Inspired by comic books” series. Today, I’ll be talking a bit about indie comic books. (If you missed part one,  two, and three, please check them out).

First, I’d like to mention some of the more popular or well-known indie comic book companies; what I often refer to as the Big Indie 3 of Comics: Dark Horse, Valiant, and Image. All of these presses have been around for a while and have had plenty of success, yet have not become as mainstream as D.C. and Marvel, and I’m kind of glad. I think one of the reasons these indie, or lesser known, though highly profitable and successful, presses have done so well, is because they each appeal to a very specific or niche audience or create products that appeal to niche audiences. Because these presses aren’t trying to appeal to the masses, they achieve the one thing all in the publishing industry strive for, hardcore fans.

Dark Horse, for me, was the one indie comic press that seemed a little dangerous as I was growing up. Those were the comics I didn’t want my parents to know I was into, but as an adult, I’ll tell the world, “I like it.” They are probably most known for such series or character titles as Hellboy, Sin City, Tank Girl, and Buffy the Vampire Slayer.

Valiant Comics, to me, still kind of seems like that underground press that has produced an amazing amount of content and created a layered and complex universe that leaves you wondering, “Why aren’t more people reading this?” I even put myself in that category having recently discovered their Unity series, which combines many of their staple characters into a team-up comic in the vein of Justice League and Avengers. They are probably most known for their Harbinger series and all its spin-offs plus X-O-Manowar, who’s part of the Unity team-up.

Then there’s Image Comics, who’s totally kill’n it in new, edgy, and creative content as of late. Where Dark Horse was dangerous, Image always seems a little naughty. Growing up I never actually read any of their comics, but I wanted to. I especially remember wanting to read a Spawn comic but being too afraid to bumb one from a friend (I wasn’t going to buy one). Today, they are probably most known for The Walking Dead and Saga, though two of my favorites are Paper Girls and Montress (this comic is so beautiful, you almost forget that the story is very violent and a bit twisted).

Lastly, I’d like to mention a few indie comic presses and or comic titles that I like, to which you are welcome to look up: Ichabod Jones: Monster Hunter from WannaBe Press, AlterLife from Village Comics, and Vessels from Card Shark Comics. If you want to discover indie comic book content, try searching on Facebook or Kickstarter. It’s not ideal, but that’s where I’ve found most of my indie comic book content outside of attending live Cons and vendor events.

Before I conclude this geek-a-thon of comic book praise, I want to point out a few things about indie comic books and how they influence me. As an indie author, I find that I have a lot to learn from indie comic writers and artists. Looking to them for inspiration and insight has helped me be a better salesperson and has helped me learn how to appeal to a specific audience. Indie comic writers and artists have helped me to think outside the “traditional publishing” box to find a way that suits me best. And lastly, indie comics have taught me how to stretch the limits of an idea without being afraid of going too far. Indie comics are a way to tell stories that just aren’t meant to suit everyone; however, they will be amazing for someone in particular. That’s what I’m striving for in my own writing.

So many books I haven't heard of, but would like to read. Thanks for a really interesting series, Toi.

I always liked Dark Horse and the small comic book companies. Not so much the biggies. Great post, thank you!

Today on A Small Gang of Authors, Toinette Thomas winds up her series on how her writing has been inspired by comic books.
+
2
3
2
·
Reply

This has been a great series, Toi. Sorry to see it come to an conclusion. I was (am) a big fan of Dark Horse, having read Hellboy, Alien, and a few others. I look forward to what you treat us with next time.
+
1
2
1
·
Reply

Thank you so much. I could write about this forever, but that's all for now. Perhaps I'll return from another angle down the road.

sad to see this series end...thanks for your insight into the world of comic books from inception to current day.
+
2
1
2
·
Reply

Glad to know you enjoyed it.

Yeah, there's a whole comic world out there people don't know about. I especially love the educational comic content out there.

Very nice. Over the years there have been many independent publishers. I liked First Comics and Amalgam once upon a time. Great job on this series.
+
2
1
2
·
Reply

Yasss!. I too enjoyed Amalgam. Good stuff there.

Today, I talk about indie comics; the naughty, dangerous, and edgy comics that may not be mainstream but demand respect from hardcore fans.
+
2
3
2
·
Reply
at April 18, 2018 No comments: