The Love of my Life #OurAuthorGang 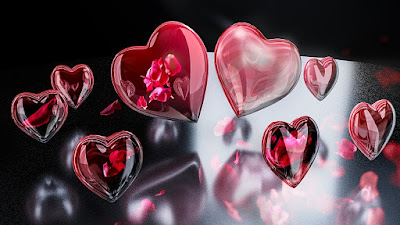 Originally when I took this slot, I intended to write a romantic flash fiction piece. Then my husband inspired me to do something a little different. He asked me if he was in my books. The answer is yes. But he is never one specific character.

To help you understand I’ll give you a little background on us. My husband and I are high school sweethearts. We met when I was 17, and he was 18. We married four years later. This August will be our 17th wedding anniversary. Please don’t do the math.

We’ve been through thick and thin, together. He’s seen me at my worst and my best. My husband stuck by when I battled depression twice and never complained. We’ve survived two spans of long distance relationships totaling six years. When people ask how we did it, I always tell them we are in it for the long haul what’s a few years compared to the rest of your life.

If you read my fantasy series Chronicles of the Coranydas, you’ll see him as the best friend turned lover and husband in Mara’s love interest. In For Their Sins, his bad boy nature comes out just a little in Alexandria’s love. In Neutral Space, I needed a strong, dependable man for the lead, and that’s my husband to a tee. In Dragon’s of the North, I see him the most in Hayden. He’s funny and charming, yet so in love, it makes him vulnerable.

My husband is present in everything I do. How could he not be? He’s the love of my life.

Below is a very brief story of how we got engaged. (After 17 years the words might not be exact but you'll get the idea).

I waited anxiously, all week to see Isaac. He said he wanted to go to a nice restaurant when he got into town. Why? He never wanted to go out when he came. He was going to dump me. Ran through
my head. Yep at a public place so I can’t get upset. I pushed the thought aside as I checked the time once more. He should be here by now. It was cold and rainy traffic was probably bad. I told myself for the third time.
Finally, there was a knock on the door. Isaac waited there shivering in the cold. It was misting slightly. “Can you help me with something in the car?”

I was suspicious. He only ever brought one bag. He was going to break up with me here instead of the restaurant and drive home. It was an irrational thought, I knew. Why would he drive two hours only to break up with me then go straight home? I put on my coat and followed him to the car.

Isaac unlocked the door and reached in, but didn’t get his bag. What was he up to now? He turned around and had a small grey velvet box in his hand. “Becky, you know I love you. Will you marry me?”

I put the ring on my finger as I said yes. We kissed, and the rest was history.


It turns out he bought the ring on Wednesday. Isaac could never keep a secret. He was bursting to ask me by the time he reached me on Friday. Waiting until we reached the restaurant was simply too long. I’ve never resented my curbside proposal. All that matters is us.
at February 14, 2018 No comments: