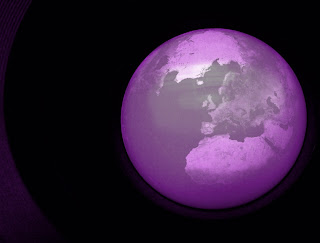 Any writer can add diversity to their world. Each author handles it in a different way.

My friend and fellow author Joe Bonadonna writes about Dorgo the Dowser, who lives in a diverse fantasy world that includes centaurs, fauns, unicorns and humans of various colors. In the first story of "Mad Shadows" Dorgo meets Lady Kreel, known as Yaggie to her friends. He described her bodyguard as "a statuesque faun build like a gladiator with short-cropped red hair and a pair of sharp horns that could puncture your lungs without really trying." As for Yaggie, she was "a doll made of chocolate" with milk-white curly hair. It's not hard to envision Joe's characters, his descriptions are precise and on point.

One of my favorite authors, Ben Aaronovitch, waits until page five in "Midnight Riot" to give us a clue about the main character, Peter Grant. Up to this point, we know he's a probationer constable in London and is guarding a murder scene with Leslie May, who was "short, blonde and impossibly perky." It's not until Leslie goes for coffee and Peter finds himself talking to a ghost that we get an idea that he might not be white.

Peter asks how he can be talking to a ghost. Nicholas Wallpenny, the ghost, tells Peter that he must have a touch of the sight. "Touch of that from your father maybe? Dockman was he, sailor, some such thing, he gave you that good curly hair and them lips?"

It's not until page nine that we find that Peter is mixed race. He wonders if he's being considered for Trident, which tackles gun crime in the Black community, and realizes that being mixed race qualifies him for the dangerous undercover job.

Patricia Briggs, author of the Mercy Thompson and Alpha and Omega series, handled the introduction of Mercy in the first book "Moon Called" similarly. We know Mercy is a mechanic and a woman within the first few paragraphs. We also know there are werewolves in her world. On page four, Mercy reveals, "The coyotes are my brothers. Oh, I'm not a werecoyote – even if there was such a thing. I am a walker."

A walker is a native shapechanger, IE, Mercy is Native American. (She's actually half Native, her mother is a pretty little blonde that's tough as nails, as we find out later in the series.)

While some authors are specific, others prefer to describe their characters and allow readers to draw their own conclusions. JK Rowling, for example, described Hermione as a muggle with bushy hair. I immediately pictured her as mixed race, with beautiful hair like my daughter's. 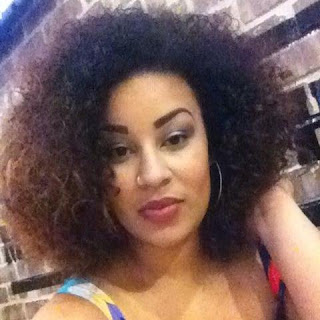 Judging by the uproar after a Black woman was cast as Hermione in the stage play "Harry Potter and the Cursed Child" and despite Rowling's declaration that Hermione could be a Black woman, not everyone pictured her in the same way. In defense of the casting, Rowling tweeted, "Canon: brown eyes, frizzy hair and very clever. White skin was never specified. Rowling loves black Hermione."

JRR Tolkien described hobbits as brown with brown curly hair at the beginning of "The Hobbit." This description makes perfect sense when the story says that hobbits could fade into the landscape. (I know that I sure couldn't hide in any landscape. I'm so pale that I practically glow in the dark.)

Robert Heinlein liked to sneak diverse characters into his juveniles, but gave hints, like in "Starship Troopers." It's not until nearly the end of the book when Johnny Rico is chatting with a fellow soldier and mentions that his family spoke Tagalog at home that we realize that Johnny was Filipino. Similarly, in "Tunnel in the Sky," it never really says that Rod is Black. Yet when we read the story in the context of the era, and the assumption that Rod would marry the only Black woman that was in the survival course, his race becomes obvious.

There really isn't a "right" or "wrong" way to bring a diverse character into a story – well, unless it's a derogatory stereotype of course. Whether the author chooses to be specific, or give a more general description, it all adds flavor to the story. Adding diversity allows you to build a deeper world, and use food, music, color, scent, clothing and both modern and traditional cultures to develop well-rounded characters, whether Black or Native or Celtic or Salariki (a feline species of aliens introduced in Andre Norton's "Plague Ship") or any other flavor of human or alien.