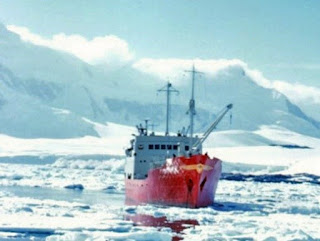 Working with young children is always eventful. They have a gift for doing and saying the unexpected and as a teacher one must always be ready to respond, leading the child down the path which will best suit their learning style, enriching their understanding and personal development. This being said, there are occasionally situations which demand an instant reaction and where the route one should take can be a little ambiguous to say the least. 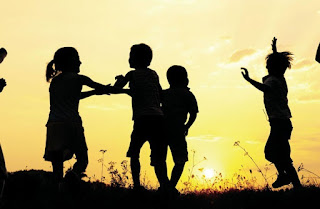 Have you ever had a relationship with a colleague which is so in tune that it becomes alchemy? I have been lucky enough to experience this on several occasions in my teaching career and it is from one such pairing my story begins. Working with four-year olds is never dull and it requires a special kind of person, one who is fully willing to commit to the world of a child and allow the journey to take them. Those who really understand the nature of young children know that you can never fully control that environment, your role is not to set the learning but to find the path which leads there. And so, with this philosophy in my heart I take my class out into our playground one dreary February afternoon to find my colleague surrounded by frantically active children carrying crates and planks of wood and building bricks in a melee of beautifully orchestrated chaos. I look over to my colleague, she has the hood of her coat pulled firmly up to cover her face and waves frantically as we come out of the door, calling across the playground to us. “Do you have any food? Hurry, get on the boat!”


The children of my class look to me, their eyes twinkling with excitement, as they know the magic is about to start. “We’ve got no food!” I called back “But we’d like to get on the boat if that’s alright!”


“We need your help!” My now frantic colleague and friend cried back to me, “our boat is sinking, and we’re trapped in this Polar ice!”


Our topic this term was ‘The Land of Ice and Snow’, with a focus on the environment and conservation. All week the children had been avidly watching videos of scientists and adventurers exploring these lands of ice and snow, and so their play explored their new learning and experiences and their imaginations were alight with creativity.


“We’ve got to help them!” I exclaim to the now fully alert host of four-year olds gathered around me, “Quickly get on the boat, see what you can do to help, don’t let the ice crush the boat!”  The children hurtle into action rushing over to join their friend in glee, while my fellow teacher and I exchanged that look of anticipation which so few adults ever get to share.


For a short while there wasn’t much for us to do, the scene was set. the play engaged, our role was now to watch, assess and record. To let the children’s play, demonstrate their learning and knowledge while building those social skills which are so important for later life.


“Polar Bear!” a child cried from the front of our ship. “I can see a Polar Bear!” It was only a matter of time before the Polar Bear would arrive, after all we had been learning about them all week and the children loved to watch the videos, read the stories and play with the collection of polar bear toys on display in the classroom. 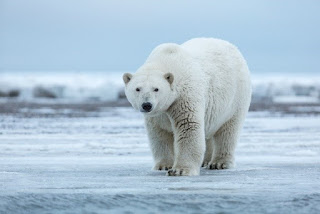 “Get the camera!” I called back, “Let’s take a photograph!”


“No!” the child shouted back to me, in exasperation, “Lets hunt it!”


Something turned sour in my heart, all week I’d been teaching about endangered animals and our role on the planet to do what we could to protect these beautiful creatures. I looked towards my colleague and saw the same internal conflict reflected in her eyes, we both knew the politically correct route, yet turning back to the children, my mouth agape I could see laid before me the scene of the play we had set. The children were starving!


Suddenly I was grabbed roughly on both arms and spun around to face my colleague, whose eyes now twinkled with mischief.  “Are you insane?” she exclaimed “We’re starving out here! With the cold and the ice! We’ve got to eat something.” She’d obviously been down the same thought paths as me only reached her conclusion sooner, the play was now in control of the teachers.


I paused for an instant, trapped within a conflict of my own creating. I looked around me at the fully alert and engaged little faces, all waiting for my next response. “Can’t we catch some fish?” I asked pleadingly.


“No!” it was the children who replied in unison.


“The ice is too thick!” my colleague replied, sadness misted over her eyes as she looked at the faces of the children awaiting our response, she was a very good actress, “It’s us or the Polar Bear!”


My shoulders dropped, the breath I was holding expelled and sadness filled my eyes; “That’s a dangerous creature out there,” my voice was softer now resigned to the decision, the direction we would take, “we can’t just walk up to it, we’ll be ripped to shreds.”


“I know” my colleague replied and turning back to the children she cried “Get the harpoons!”


The children burst back into action, the play moved on and once again my friend and I found ourselves alone. I allowed my real face to take control and gave her a look of exasperation “We’re going to hell you know!” I told her firmly.


“I know” she said cheerfully “But at least we’re going together. Besides, we can’t let them starve.” I rolled my eyes then laughed, reminding myself this was only play.


Then I noticed a small child had quietly come up beside us, eyes cowed and face sad. Perhaps this little one was disturbed by the brutality of the play. “Are you ok sweetheart?” I asked her softly.


Her eyes sparkled as she realised that I had noticed her, and a smile spread across her face. She held out her hands towards me, cupping them like a bowl. “I brought you some Polar Bear stew.” She beamed proudly, before skipping off back to her ships galley.


I would like to state that no Polar Bears were injured during the course of these events, and that all issues raised were most fully dealt with upon return to the classroom.  I also feel I should apologise to the Polar bear, for our compliance for this fictitious act. There really was no other choice we could have made we had to feed the children.


As I said the life of a teacher is never dull. 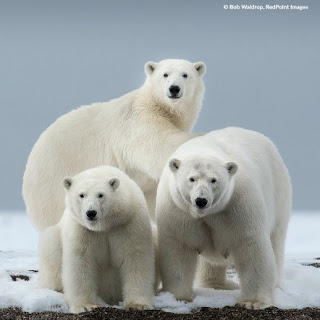 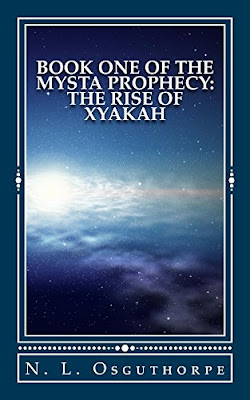