While I've focused mostly on American women in science fiction, the British writers have contributed their fair share of fantastic tales to the genre.

British author Pauline Whitby (1926-2015) wrote under Pauline Ashwell, Paul Ashwell and Paul Ash. Her stories were published in a variety of magazines ranging from the British Yankee Science Fiction to the US magazines Astounding Science Fiction, later known as Analog Science Fact & Fiction. She also published love stories under several other pen names.

Ashwell's first known book was a children's fantasy, Little Red Steamer (1941), illustrated by Esmé Eve. Sadly, it's out of print and used copies are rare.

Her first published short story was "Invasion from Venus," published in Yankee Science Fiction in July 1942, under Paul Ashwell. 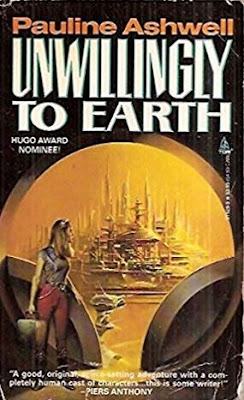 It wasn't until her stories appeared in Astounding that her writing career began to attract attention. Published under Pauline Ashwell in January 1958, "Unwillingly to School" was the first of at least eight stories in the American science fiction magazine. It was also the first of her Lysistrata "Lizzie" Lee tales. Lizzie, a tough-talking YA heroine, has been compared to Robert Heinlein's "Competent Young Hero" protagonists by SFE The Encyclopedia of Science Fiction. Some of Ashwell's tales in Astounding were published under the pen name Paul Ash.

The first Lizzie story was followed by three more, "The Lost Kafoozalum" (1960), "Rats in the Moon" (1982) and " Fatal Statistics" (1988). The quartet of stories were sorted into order (the final story was actually the second published) edited and bound up as Unwillingly to Earth (1992). 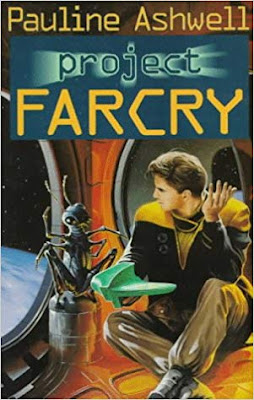 "Richard Jordan is a telepath, but his psychic gifts have brought him nothing but trouble. For years he's been hiding his mental powers, considering them a curse, until a fateful encounter with an unusual alien species awakens him to the full potential of his abilities.

"Humanity has spread throughout the stars, prompting a desperate need for a reliable form of faster-than-light communication to link the farflung worlds of tomorrow. The government has spent a fortune searching for the answer, but with no success. Then Project Farcry discovers Richard Jordan....

"From the hidden recesses of an underground city to a distant planet trapped in another dimension, Project Farcry spans decades of future history as Jordan and his fellow telepaths, both human and alien, transform the very nature of space exploration." 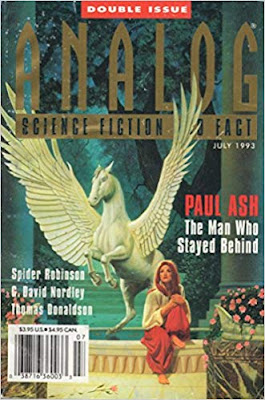 She was also nominated for the Nebula Award for Best Novelette for "The Wings of a Bat" (1966) and Best Novella for "Man Opening a Door" (1991), both under the name Paul Ash.

Though Ashwell dropped out of the science fiction scene between 1966 and 1988, except for "Rats in the Moon" (November 1982), she roared back into the sci-fi world with five stories in 1988 and continued publishing in Analog for another twenty years.

Ashwell's final novel The Man Who Stayed Behind, was published in the July 1993 issue of Analog Science Fiction and Fact. Unfortunately, it was never released as a book.

My contribution to #OurAuthorGang today. British author Pauline Ashwell's stories about "Lizzie," in Unwillingly to Earth, have been compared to Heinlein's YA characters!!

Just a warning, while I posted the link to Gutenberg -- that story is actually the last one in Unwillingly to Earth, so you might want to hold off on reading it all!! Spoiler!!

Thank you! I haven't read any of her books either, added to my wish list!!

Meet another Woman in Science Fiction with Ruth.
+
1
2
1
·
Reply

Thank you for sharing!!

Wow another fascinating woman author. Thank you for adding another author to my list to check out.
+
1
2
1
·
Reply
View all 3 replies

Chris Weigand
1 month ago
+
1
2
1
+Ruth de Jauregui Following your lead I started an author series. It was supposed to be author's who inspired me, but it evolved to fantasy/horror and a little sci fi thrown in. When I read about one author I find so many others that I want to explore.

+Chris Weigand That is great!! There's so much out there, we have tons of material to work with!

Thanks so much, Ruth, for introducing me to this author. She sounds really good.
+
1
2
1
·
Reply

I agree! Thank you!

Thank you so much for sharing!!

Another fascinating post, Ruth! I don't think I've ever read any of the works by Pauline Ashwell, but you've definitely piqued my interest.
+
1
2
1
·
Reply