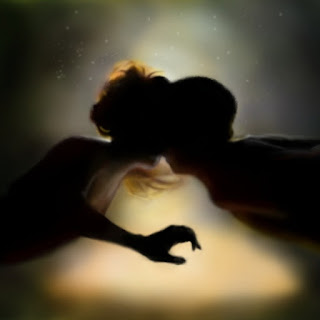 Romance has been around since the Garden of Eden...well, maybe that wasn't romance, but you get the idea.

When our minds wander to the big screen, who do you think of as the most romantic couples of film and television? In part one of my blog series, I will share with you three of the most iconic couples in history. 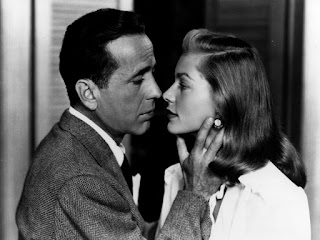 Humphrey Bogart and Lauren Bacall were the hot item in the early 1950's.  With movies like "TO HAVE AND HAVE NOT",  "THE BIG SLEEP", "DARK PASSAGE", and "KEY LARGO"...this couple set the screen on fire. The chemistry between these two was real. They were husband and wife. Bacall was only 19 when she met Bogart, 45, on the set of To Have and Have Not in 1944. Bogey was already married to his 3rd wife when he met Lauren, but that didn't stop the scandalous affair. In May of 1945, shortly after Bogart divorced, he married Bacall at a farm owned by Pulitzer Prize winner, Louis Bromfield, in Lucas, Ohio. They had two children and stayed married until Bogart's death in 1957. For more on this romantic couple, please check out their story by clicking this link:
https://www.countryliving.com/life/entertainment/a44357/humphrey-bogart-lauren-bacall-marriage/ 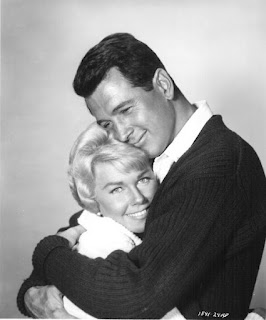 One of my all time favorite couples was Rock Hudson and Doris Day. He was so handsome and she so adorable. Their acting wasn't really acting. They adored one another. My favorite Hudson/Day film has to be the 1959 hit "PILLOW TALK." I still watch their movies every chance I get. In 1961 they starred in "LOVER COME BACK" and in 1964 "SEND ME NO FLOWERS." They were incredibly sweet, silly romances that made you laugh. Movies like this are hard to come by today, in my opinion. Hudson was diagnosed with AIDS in 1984 and died 1985. Doris Day is still going strong and looks marvelous for being 96 years old. 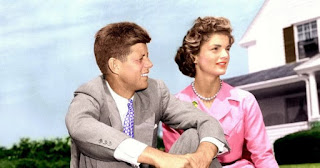 They were not a couple of film, but the most iconic romantic couple of that era had to be President John F. Kennedy and Jacqueline Kennedy. Although their relationship was tumultuous at times, they stood by each other until the end. Kennedy married Jackie Bouvier on September 12, 1953 at St. Mary's Church in Newport, Rhode Island. The Kennedys had 3 children: John, Jr., Caroline, and Patrick. Jackie's sense of fashion turned the world upside down and had women everywhere wanting to look "just like Jackie." Their fairy tale marriage ended in November of 1963 when President Kennedy was assassinated. Jackie and Ari Onassis were married from 1968 to 1975.

Join me next time for Part 2 as we continue exploring famous romantic couples.