A Lesson in Life by Rick Haynes

Displayed on the wall of my local pub 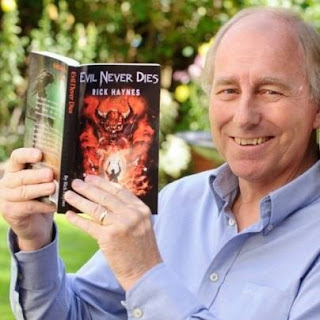 The following was sent from a mother-in-law to her new daughter.  It’s a rough guide to the battle of the sexes, apparently, and is displayed on the wall of my local pub.

As she said, it’s not meant to be taken seriously.

When the ladies receive the bill, the calculators come out. But when the boys decide to pay, they each put in a £20 note as they have nothing smaller and they’d never admit they want any change.

A man has about six items in the bathroom cabinet. Toothbrush, toothpaste, comb, aftershave, razor and shaving foam. The average number of items in a ladies’ bathroom is usually over 100. A man would not be able to guess what most of them were.

A woman always has the final word in an argument. Anything a man says afterwards is the start of a new argument.

Women love cats. Men say they do to ensure another argument doesn’t start.

A woman marries a man expecting him to change but he rarely does. Whereas a man marrying a woman expects she will not change, but she does.

A woman will always dress up to go shopping, take the kids to school and visit friends. Her man will dress up for weddings and funerals.

Men will wake up looking reasonable. Their other half takes an hour in the bathroom to look the same but usually better.

Ladies have an in depth knowledge of their children. What they like, what they hate, their friends and social activities, even their dreams. Their partner has some vague idea of small noisy people running around the house.