Where is the woman's place? 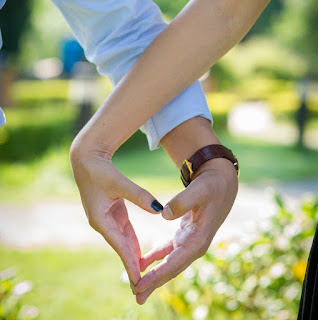 I still hear these opinions, not only from older men but from younger ones as well:

"Women are inferior to men because Eve was made from Adam's ribs, therefore, she belongs to him. Eve doomed humanity by committing a sin which by enticing Adam to eat the apple."

"A woman's brain is incapable of making rational decisions because she can't comprehend to the big picture."

"A woman should focus on raising kids, doing laundry, obey their husbands, and provide clean and comfortable homes for their families."

"We must keep women submissive because with equal rights comes chaos. They need constant reminders that their place is in the home."

"Women don't have the intelligence to make rational decisions because they're too emotional. Men must make decisions for women."

Right! My opinion?
These neanderthals need to hide under their comfy stones and be very, very quiet!
What say you?

Example 1:
A salesman calls trying to sell windows. The woman say politely, "Thank you for your call but we're not planning to install new wind..."
​The aggressive salesman rudely cuts her off and says, "Is the man of the house home?"
The woman's blood instantly boils but because she's a gentle person, she doesn't reply and hands the phone to her husband,"This bozo is selling windows and wants to talk to you."
The husband takes the phone and says to the salesman, "Listen! My wife is the financial genius in this house. She said no. Good bye!"

Example 2:
​​​A man visits a couple for the first time and as soon as he's introduced to the attractive wife by the husband, he walks up to her attempting to pinch her face and says, "Aren't you a pretty thing!"
The couple's teenage kids watch the interaction.
The woman takes a step back and shouts, "Out! Don't you ever step into this house again!"
The man looks at the husband who opens the door and says to him, "My wife is my partner and you've disrespected her. get out, or I'll throw you out!"

Example 3:
Father and son sitting on a bench in the park. The boy is around twelve, happily licking his ice-cream.
A statuesque woman walks by and the father says to his son, "Nice piece of ass, huh?"
The boy looks at his father with a disgusted expression on his face and replies, "Dad, she's a person. You're an ass!"

It's about time to teach our sons and daughter that this is not a competition. Neither men or women need to prove who's better, smarter, or stronger.

Biologically and psychologically men and women have similarities and differences as well. The best thing about this is that we complement each other and able to form a great partnership by mutually accepting and respecting each other.

What is your opinion?