Here are a few things to know about me. I’m a huge Batman fan, I adore classic Betty Boop, and I love angels and angel lore. When I first started writing my book Eternal Curse: Giovanni’s Angel, I knew I’d need more than my geek-girl fascination with angels to help me flesh out the characters of this story. I didn’t know exactly how my story and the characters would all congregate, after piecing together a reoccurring dream of a man who turns into an angel, but I was ready to take on this exciting research challenge.

I’ll tell you, my first mistake was typing the word ‘angel’ into a Google search. You’d think I’d never done research before. I quickly began to conduct a different kind of search. I went to Amazon.com and searched for books on angels and angel lore. That too was a grueling process of elimination, but I soon found the book that suited my needs, Angels A to Z. With this new reference tool in hand, I now had some focus and direction for my research.

Being only a fan of angel lore and a novice student of Angelology, I’m not going to try to wow you with everything I’ve learned, however, I will share some of the most interesting things I’ve come across. Today I’ll share one for each letter from A to E.

Angelolatry is what some might easily derive from its name, the worship of angels.

The Buddhist faith was split at one point, developing the Theravada and Mahayana sects with the latter nurturing the idea of angel-like beings, the bodhisattva.

While many of us in modern, western civilization think of Cherubim as chubby, winged babies, ancient scholars describe them as large winged creatures with animal bodies and human heads. The evolution of how they ended up on holiday greeting cards is a story for another day.

Devas are either demigod of the Hinde and Buddhists religions or angel-like beings part of the New Age metaphysical culture.

Enochian Magic is something any fan of the show, Supernatural, already knows about, but they may not realize that the show didn’t make it up. It is the teachings of angelic magic executed in a special angel language.

Well, I hope you found that interesting. I’ll be sharing more angel lore with you down the road. If you too have an appreciation for angels and angel-like beings, you may want to enter my giveaway.

Also, while you’re at it, why not try my Eternal Curse Series? 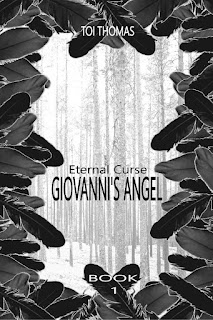 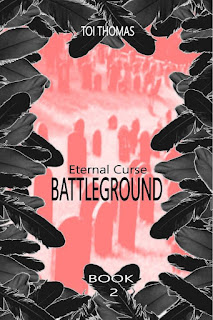 The Eternal Curse series was my first book and series I ever wrote and to know that someone liked it meant the world to me. It's currently unavailable pending a rewrite in order to align it with new developments in the 3rd installment. If you'd like to read the first two books and offer me your feedback, please consider joining my email list to receive a free digital copy.

Very interesting post Toi! To be honest, I never knew Angelology existed. I learned a lot of things from your post and looking forward to part 2

Toi Thomas shares information on angels and the inspiration for her books.
+
1
2
1
·
Reply

Wow! I never even considered that there was so much information on angels!! Fascinating premise for your books and great info on angel lore.

Today on A Small Gang of Authors, Toinette Thomas​ talks about doing research into angels, angel lord, and how they play a huge role in her novels.

Fascinating stuff, Toi. I have some angel cards around here, somewhere, and growing up in the Catholic faith, angels were a big part of my life, and still are. I pretty much based a whole fictional religion around angels for one of my books. Looking forward to more of your posts.
+
2
1
2
·
Reply

That sounds really cool. I wasn't raised Catholic but my father was. I think he has a few angel cards; at least that's what I think they are. They could be saints. I should ask him one day. I too am thinking of more ways to incorporate angels into new stories.

Joe Bonadonna
1 year ago
+
1
0
1
+Toi Thomas -- I've seen saint cards, too. I think they, like angels cards, are used a lot like Tarot cards, in some ways. The whole realm and hierarchy of angels intrigues me, and I should do more research, too.

Angels are one of my passions, too. Have made many studies and research papers on them. Each is as individual as we are...each having their own purpose and gift to share with those who call upon them. Thanks for sharing...time to get out my Angels 101 book again.
+
2
1
2
·
Reply

Yes, working on this blog series has renewed my interest. I'm thinking of going back over some of my old minor research notes to compare it with what I'd find now.

I'm a Supernatural fan and interested in angel lore for writing too as they play a part in my current work. <a href="https://www.junetakey.com/"> Juneta @ Writer's Gambit </a>
+
2
1
2
·
Reply

That's so cool. I was a littel worried. I know not everything is for everyone, but I'm glad that I've found others with interest in angels.

Interesting. One of the main characters in my fantasy series, the Aglaril Cycle, is a follower of St. Michael, which is the archangel Michael. Such beings don't appear in my stories, anymore than God does, but there's a connection there. Perhaps one day I'll explore it.
+
2
1
2
·
Reply

I like the sound of that. In my next ECS installment I'll be briefly introducing my version of the archangel Michael and will admit that it's a bit daunting. It's a challenge I look forward to, though.