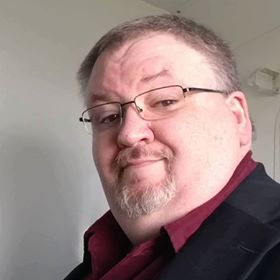 Although he doesn’t run around getting into shootouts, car chases, or adventures himself, author Bobby Nash spends his days writing about heroes who do, like Abraham Snow and his friends.

Bobby is an award-winning author of novels, comic books, short stories, novellas, graphic novels, and the occasional screenplay for a number of publishers and production companies. Bobby was named Best Author in the 2013 Pulp Ark Awards. Rick Ruby, a character co-created by Bobby and author Sean Taylor also snagged a Pulp Ark Award for Best New Pulp Character of 2013. Bobby has also been nominated for the 2014 New Pulp Awards and Pulp Factory Awards for his work. Bobby's novel, Alexandra Holzer's Ghost Gal: The Wild Hunt won a Paranormal Literary Award in the 2015 Paranormal Awards. The Bobby Nash penned episode of Starship Farragut "Conspiracy of Innocence" won the Silver Award in the 2015 DC Film Festival. Bobby is a member of the International Association of Media Tie-in Writers and International Thriller Writers.

For more information on Bobby Nash and his work, please visit him at www.bobbynash.com. Learn more about SNOW at http://ben-books.blogspot.com/p/snow.html

What inspired you to start writing?

I fell in love with adventure stories as a child and wanted to experience my own adventures. I started crafting story ideas and eventually started writing them down. As I got older, I started to take it more seriously and kept on writing. Eventually, I found a publisher, then another, and so on. Now, writing is my career and I love it. I’m still not where I want to be, and there’s still some literary mountains to climb, but I’m loving the journey and still seeking adventure.

What genre do you write?

I have written many genres, but I tend to gravitate toward crime fiction. The beauty of writing crime fiction is that is easily mixes with other genres, which is a whole lot of fun for me. 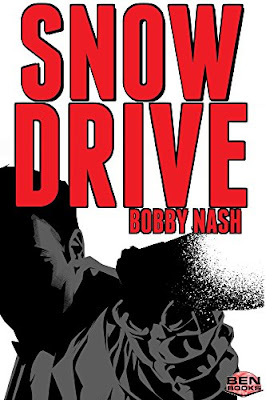 Abraham Snow's career ended with a single shot, but now he’s back behind the wheel and looking for a saboteur.
The Chambers Racing team hires Snow Security Consulting to get to keep their people and equipment safe and to get to the bottom of whoever is trying to put them out of business and why.
Archer Snow volunteers Abraham Snow and Big John Salmon as part of the pit crew. Can they keep the team's young hothead out of trouble long enough to stop the saboteur before the next race?
Meanwhile, an old enemy sets her sights on Snow when a bounty is placed on his head.
SNOW DRIVE is the third book in the continuing adventures of Abraham Snow.

He hadn’t been to the racetrack in years. The last time he had visited the Atlanta Motor Speedway, his dad had surprised him, Douglas, and Samantha with tickets. He had agreed to take the kids to the races to give their mom a much-needed day off.

Or so they had been told at the time. Snow would later learn that his mother had stopped taking her medication and was having issues dealing with things. When this happened, Snow’s grandfather, Archer would step in to help. Like everyone else, Laura Snow loved the old man and listened to his soothing words. It was the exact opposite reaction she had to her husband, Dominic.

Snow and his dad rarely saw eye to eye, even when Snow was a kid. He couldn’t put his finger on the reason their relationship was strained, but it had been as long as he could remember. No matter who was at fault, and Snow admitted that there was enough blame to go around, there was one thing that he and his dad had in common.

They both loved the races.

Since he had returned to Georgia after retiring from his previous profession, Abraham and Dominic Snow had given one another a wide berth. They were civil when they saw one another, but there was definitely a chill in the air. Not surprising as things had been chilly between them for a couple of decades.

When Archer Snow, who was not only Abraham’s grandfather and Dominic’s father, but also the owner of Snow Security Consulting, ergo, their boss, asked them both to accompany him to the Atlanta Motor Speedway to meet with one of their clients, they both agreed to be on their best behavior.